Amazon Appstore opens in UK ahead of Kindle Fire 2 launch 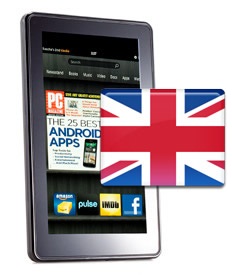 The Amazon Appstore, the online sellar’s own version of Google’s Play is arriving on European shores to give Android users a new way to get their apps. Could this also be the precursor to the Kindle Fire’s UK arrival?

The Amazon Appstore not only provides a way of grabbing all the digital media, games and useful apps that you might need on a tablet but the bonus is that it also offers up Amazon’s own familiar and fuss-free 1-Click payments system as well as their handy recommendations service.

You are also notified of Amazon’s Free App of the Day and, to mark launch day, the free app in question is the ad-free version of Angry Birds – what do you mean you’ve already got every conceivable version of the tetchy tweety-birds.

The Amazon Appstore also happens to be the very hub for the company’s Kindle Fire tablet – which the UK is still waiting for!

Amazon is saying nothing about the potential arrival of that particular bit of hardware, however, the Appstore launches on September 6th launch and the Kindle line being prepped for a refresh, it’s looking like a safe bet that the Kindle Fire (hopefully the Kindle Fire 2) will be making its way across to these shores.