All The News From The Samsung Galaxy Nexus and Google Ice Cream Sandwich Show! 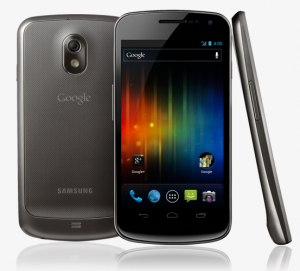 Did you manage to stay awake/get up super early this morning? If you did then chances are you watched as Samsung and Google jointly announced the Galaxy Nexus and unveiled Android 4, Ice Cream Sandwich (ICS) at Hong Kong event. If you didn’t then read below for all the impressive details!

We have all been patiently waiting for Google to release Ice Cream Sandwich since they first announced it back in May. ICS was peddled as playing nice in both tablets and phones.

On the matter of mobile phones the stage was first occupied by Samsung as they unveiled the much leaked but highly anticipated Galaxy Nexus smartphone.

The reason why Google allowed Samsung to gatecrash this event is that the Galaxy Nexus was codeveloped by both companies in order to showcase the G’s new OS.

That’s not to say they’ve skimped on the spec sheet. The first thing that smacks you in the eyes is that 4.65-inch Super AMOLED display that’s blasting out an impressive 1280×720 resolution.

Under that pretty visage the Galaxy Nexus is equipped with a 1.2GHz dual-core TI OMAP4 CPU in the engine room and 1GB of RAM. There’s front and rear cameras and the whole thing is curved in order to feel more natural in use.

You get Bluetooth, WiFi, and NFC as well as a multitude of sensors including a built-in gyroscope and barometer. The device is scheduled to ship in November and will obviously be running Android 4 (ICS).

The Android for demonstration was next – this gave Google the opportunity to show how many of the tablet-centric Honeycomb’s loveliness can now bee (sorry) enjoyed on a mobile phone.

The first thing that’s evident is that the usual physical Google Android buttons for back, home, search, and menu have been binned in favour of the more flexible on-screen variety.

The home screen has had a fair sprinkling of magic dust as well as a new typeface called Roboto. There appears to have been some ‘borrowing’ from other user interfaces – As well as the new Action Bar which replaces the physical buttons you may notice that Apple’s iOS-esqueness continues with folders and instant photo uploads to the cloud (thanks to Google+). The flick-to-dismiss gesture which can be implemented with whatever you fancy in Android 4.0 is reminiscent of the Palm WebOS function.

If you like the voice keyboard in iOS 5 then you’ll love Android 4’s speech transcription – the standard Google software is now done in real-time and is able to convert words to text as they are spoken instead of waiting until the user stops speaking. Autofill in speech-to-type is here folks!

Can’t be bothered to tap in a code or even swipe to unlock your phone? Just look at your ICS mobile phone and unlock it. This is thanks to the now baked in face detection and tracking. I sharnt mentioned that it didn’t work properly during the demo – it would be a bit useless if you have to have perfect conditions in order for the face detection to detect your face 😉

Until there’s another ICS phone (perhaps the Droid Razr?) this next bit could be 50/50 to do with the phone and to do with the new software but the camera seemed a lot more responsive. The shutter seemed to be a lot more responsive and there’s now a “continuous” autofocus feature that ensures pictures snapped in rapid succession will remain clear. The new image gallery program has built-in editing tools and filters so that photos can be modified on the device itself.

Android 4 also allows users to share links between devices via NFC as well as offering a new GMail client which features an improved user interface, support for visual voicemail and an improved address book with social network integration.

There’s even a natty tool that allows you to track data consumption per-application.

If you’re a developer then you can grab the ICS developer SDK right now!