New year, new team-member. Vizewaldmeister, an old hand at PS3 gaming, has been getting to grips with the PS Vita with a little help from blondlizard. He will be helping us to give you an insight into some of the latest PS Vita games.

There are some facts in the world that can´t be changed: the sun isn’t orbiting around earth, jam tastes better with butter and zombies are simply cool. Remembering these facts, one could think that we have already reached the end of the flagpole when there is a game in which you have to kill hordes of zombies. Whilst another may ask “What could be more awesome?”. Of course I can hear the critics say “Not another zombie game!” but the guys from Halfbrick Studios have spiced it up here with some quite cool and fancy stuff. 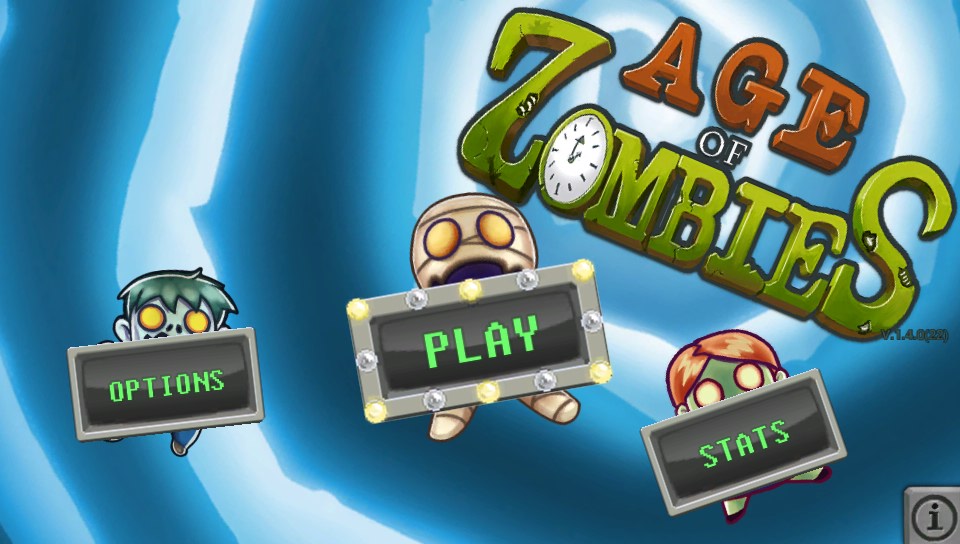 You play as Barry Steakfries (who some may recognise even without his jetpack), a badass one-man-army and humanity´s last hope against the evil Professor Brains, who plans to send his zombie minions in all epochs of time. This is where it gets awesome. You travel through time from the Stone Age over ancient Egypt and the feudal Japan back to the future. Earlier we asked what could be more awesome than zombies? Here´s the answer. In Age of Zombies you fight your way through zombie cavemen that are backed up by a Zombie T-Rex, Zombie Mummies and Zombie Ninjas, just to mention a few. If Age of Zombies was a movie it’s just like Jurassic Park meets World War Z, feat. The Mummy with a big scoop of Die Hard on top. You slaughter through masses of Zombie corpses while Barry will amuse you with some nice one-liners. In every stage you will find several types of useful weapons, sidearms and power-ups like bazookas, hover-boards, turrets, miniguns and many more in order to get some real firepower. 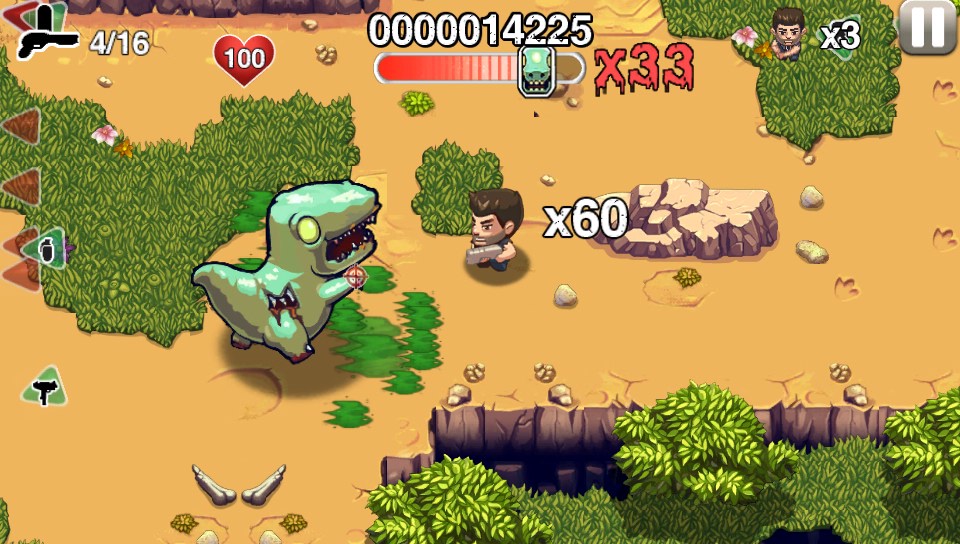 Since Barry is known to be a tough badass, he is not simply killed by one hit and will even recover health over time as long as you manage to avoid any further damage. But as the zombies spawn randomly from time warps on the map, you can sometimes find yourself surrounded by too many zombies, even for Mr. Steakfries. Knowing that the next seconds are going to be your last, at least for this life, this can be quite frustrating. Especially when you’re aiming for 100%. On the other hand, nothing in life comes for free, or like uncle Ben told us: with great power comes great responsibility! So watch out and don´t get killed! 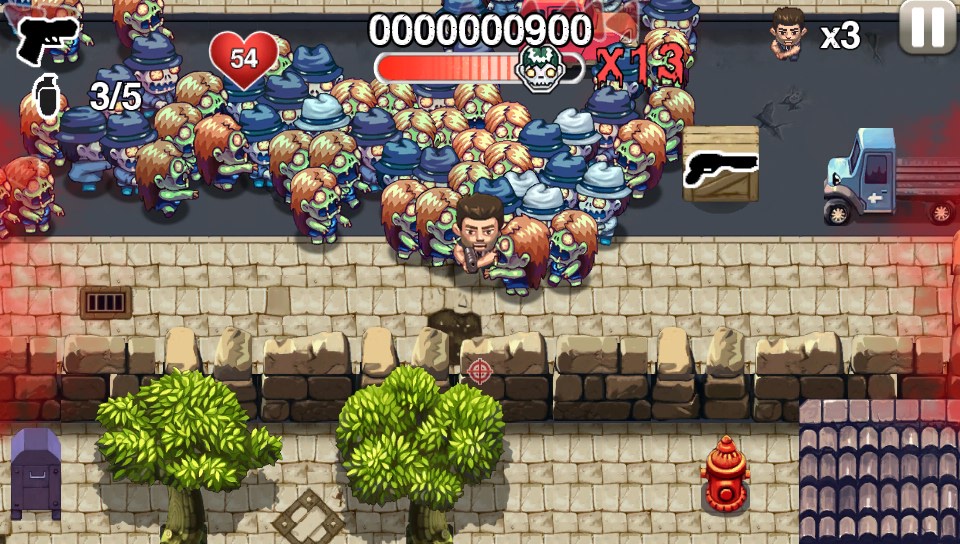 Age of Zombies takes up only 48 MB space on your Memory Card and comes with 13 Bronze, 1 Silver and 1 Gold trophy. Some come quite easy, others are hard. For example, finishing the game without dying once (and that’s just a bronze one) or completing the game in one sitting without using a continue. Finishing campaign mode takes 3-5 hours or so, then you can prove yourself in survival mode on different maps against waves of zombies. With Age of Zombies, Halfbrick Studios have brought good zombie fun to the Vita for an adequate price of £3.99£/$4.99$/€4.99.