I’m not a gamer that shies away from a challenge. There’s nothing better than a good teasing game that gets my brain firing on however many cylinders it has. I like to be taken to far away places where brain dead TV can’t follow me and I love to get engulfed in the joy and amusement a new game brings.

Some games push and pull you in different directions but somehow, you manage to survive and battle on or simply compete the puzzle. Then there is A-Men 2. A self confessed ‘hard as nails’ PSN release, A-Men 2 is the Himalayas of platforming puzzlers. It’s time to dig deep and hold tight, because you’ll need all the help in the world in A-Men 2.

Indie Polish developer Bloober Team return with a second installment of their 2D platform arcade shooter and we truly have a mammoth trek on our hands. Each intelligently designed level will see you guiding your squad of characters through various traps, obstacles and hazards. 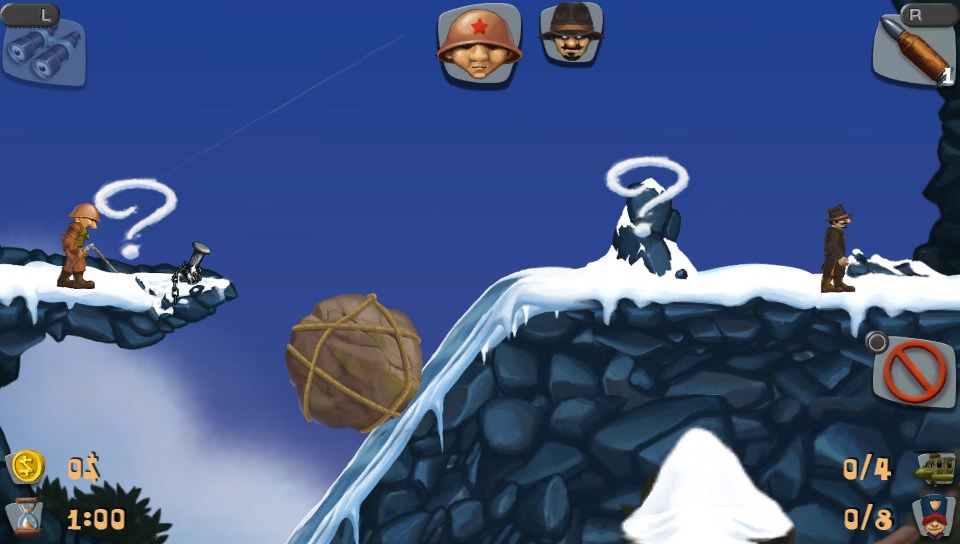 At first glance each level looks harmless enough, but looks can be deceiving. Don’t for one second think that the soft, cartoony feel of A-Men 2 is going to lull you into La La Land. Oh no, if you’re a seasoned pro then romp away, but for others? A considerably slower approach is needed. 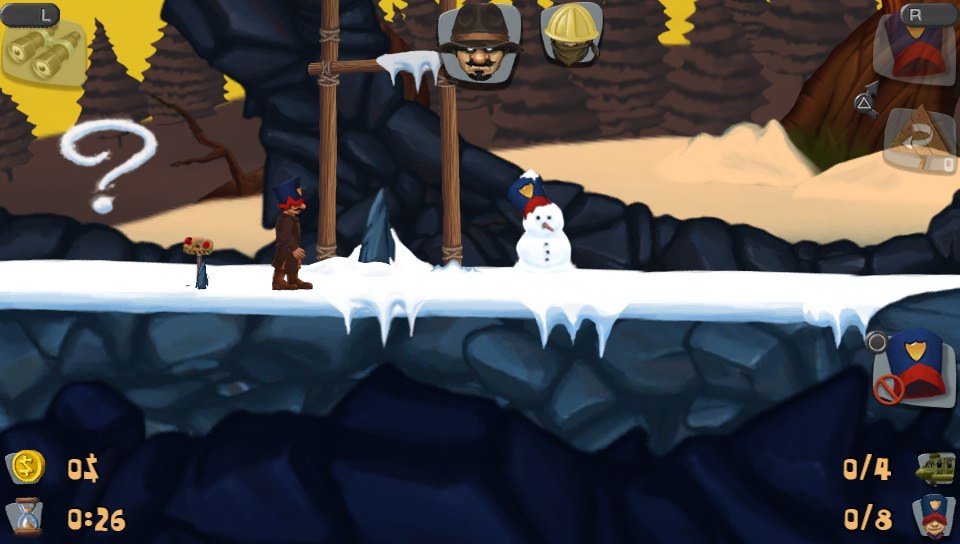 The task in hand is getting your elite troop of Special Forces to travel the world on a mission to take down the lethal A-Droids. One fall from a snowy ledge or one attack from armed soldiers and it’s back to the start for you young man. You will die and die again – don’t worry, you’ll get use to this re spawning lark. This is trial and error gameplay on a grand scale, with maybe too much error. Using the touch screen scrolls the screen in any direction.

Standing observing possible next movements is the best way to tackle your progress, charging head first into the unknown is not recommended here. You can, but that would be plain daft. Each of the five playable characters all have different abilities, whether it be the power of disguise and donning a Where’s Wally Hat, or being able to take practice shoots helps greatly. Ammo is sparse so having a better aim than Lee Harvey Oswald will trigger and open up news paths. The controls at first do need a little patience, even to master basic movements, and are at times a tad frustrating. Being a member of the Special Forces was never meant to be easy.

There is plenty of content on offer here, with 44 levels to punish you or mentally stimulate you. The Vita’s standby button comes into play heavily, because short bursts then retuning later seems to do the trick.

A-Men 2 is an intelligent platformer that is hard, stubborn as hell and requires no luck. You’ve had an easy ride on the PS Vita since launch day. Now it’s time to count 3 and pray.