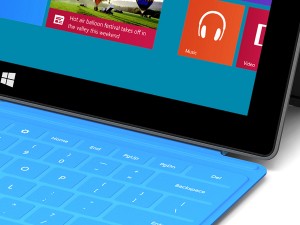 The Microsoft Surface Pro is still yet to get past UK passport control but Microsoft’s not waiting before its next assault on the tablet market as more news comes through about a smaller Surface.

According to its contacts in the component supply chain, DigiTimes reports that Microsoft will launch an 8-inch Surface tablet in June and a 10-inch model around July.

Microsoft expects initial monthly shipments of the two devices to reach one million units, implying that Microsoft is more optimistic about the sales performance of the two models than of existing models, the sources said.

Previous rumours pointed to a 7.5-inch display but, saying that, it still lends weight to talk of a smaller Surface coming soon.

If the announcements are made in June/July that could see the release held to coincide with Windows 8.1 Blue, which is expected around October.