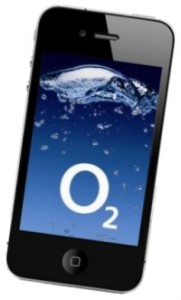 O2 plans to hit the 4G market hard and fast with a “mind-blowingly aggressive” attack when it comes to pushing out its future LTE services in the UK.

Gary Booker, the network’s consumer general manager, has been speaking to Techradar about O2’s roll out of 4G.

“We will have a very, very accelerated roll out of 4G, it’s mind-blowingly aggressive compared to our UK 3G rollout.”

Booker admitted there will be some months where O2 will be playing “catch up” with rival 4G network EE and that EE had “done a very good job” with getting their LTE service up and running early.

Saying that though, Booker isn’t overly worried about EE’s current performance, saying of his competitor’s 4G attempts: “I think it’s fair they haven’t got traction in the market.”

EE’s advantage in the 4G market will be huge with an expected 70% population coverage by the end of year, just as the likes of Three, Vodafone and of course O2 will be putting their services online.

Did you move over to EE or have you been waiting for your existing provider to offer 4G?