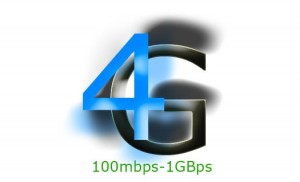 You know how it is.

We were happy with 3G when it came out but that was like ages ago!

You may have heard that those lucky TeliaSonera customers over in Sweden and Norway have got access to the speedy service and, as not to be left out, so has Slough!

Where the 4G is ticking over (Stockholm and Oslo) the users will require special Samsung modems – well, there aren’t any 4G phones yet.

TeliaSonera wants to bring the 4G lovin to 25 Swedish cities and three Norwegian cities by this time next year as well as having a licence to roll it out to Finland.

But don’t go slinging the 3G dongles in the trash just yet as 4G modems aren’t backwards-compatible to 3G at the mo. Take a leaf out of the Scandinavian’s books and keep hold until at least the second half of next year.

OK then – what is this 4G and why is it so special?

In the tropics of Slough, O2 reckons it’s hit 150Mbps so with data rates like that, high-quality video, music and games could be streamed to your phone effortlessly and, more importantly, quickly!

No real sign of when we can expect 4G in Blighty but at least it looks like O2 is having a play with it.