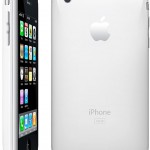 A number of people have been complaining about the spotty iPhone reception of 3G and pointing the finger at the apparently inadequate chip.

Others have said that another firmware update may solve the problem.

Personally I’ve not really had a problem but perhaps I’m spoilt by living in central London.

â€œTwo unnamed sourcesâ€ are saying that Apple is sorting the latter andÂ that the fix will arrive next month.

Apple is keeping tight-lipped on the matter, but Iâ€™ll let you know if any official announcements are made.