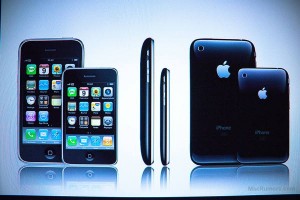 We’ve all heard that there could well be a new iPhone for 2009 – but howsabout 3?

A Canadian (I have to believe them then as I’m Canadian!) research firm called Canaccord Adams predicts that Apple is planning to release three new iPhone models this year!

According to this rumor Apple would release a top of the line 32GB in multiple colours – could this be the iPhone Pro or Elite?

The iPhone Nano is also part of the line-up and a less interesting iPhone 2.5G without GPS for China and India.

There are enough rumours flying around that it’s beyond a possibility that a new iPhone will appear – but three?

I’m not entirely sure. 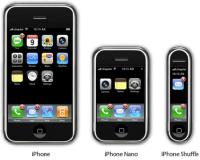 More details on Seeking Alpha. Via The Register.