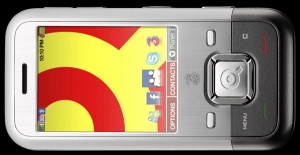 Remember my announcement of the INQ1?

Well, the 3 Social Networking phone has now had its official launch.

OK, so it’s a phone that is neither that fancy or revolutionary.

However, its integration with Skype (just like 3’s Skypephone), Facebook, and a handful of other consumer-friendly apps is something worth taking note of.Â  Also that Open Source OS.

The socially charged slider will come in black and silver and probably cost under Â£99 with no contract.