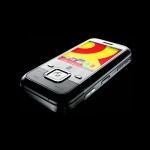 Threeâ€™s made no secret that its new handset will allow access to the social networking site and that they buddiedÂ up with INQ Mobile to manufacture its own-brand blowers.

INQâ€™s chief executive Frank Meehan even let slip to Reuters that its newest handset (the INQ1), will have a sub Â£125 price tag as well as offering â€œtight integration [between the phoneâ€™s] contacts book [and]Â with popular social sites like Facebook.â€

So – I’m assuming that the INQ1 is the same beast as the 3 Facebook phone….

Word is that the new handset will also hook up with Three’s Skypephone service which is very credit-crunch friendly of them.

INQ promises a full web browser using the same Webkit engine as the iPhone and T-Mobile G1, the ability to use the phone as a USB dongle for laptops and other software niceties, like an eBay tracker and Windows Live Messenger.