2 out of 5 Blackberry Owners Tempted by Forbidden Fruit 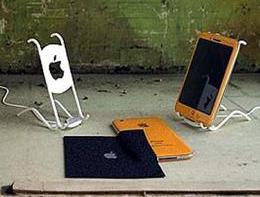 Could it be that even the most ardent of Blackberry owners are preparing to turn their backs on their QWERTY machines once the iPhone 4G or iPhone HD is released?

This seems to be the case according to a survey conducted by Crowd Science. It revealed that a staggering 2 out of 5 Blackberry users said that they would to move over to the Appley handset once their contract comes up for renewal.

It appears that the major hang-up that the RIM phone lovers have is the lack of security features on the iPhone – you know, the backdoors that allow people to jailbreak the iPhone OS.

Are you a Blackberry user? Are you tempted to defect over and join us on the Apple side of the street?