11 PS4 Indie Games you need to look out for

So many great indies have come to the PS Vita this past year. Week after week we’ve had brilliant indie games to look forward to. That’s why we’re just as excited (maybe even more so) that it now seems the indie tide that washed over the Vita will wash over the PS4 too. Join us as we talk to some of the developers who are making awesome PS4 games that we think you really need to keep an eye out for in 2014… 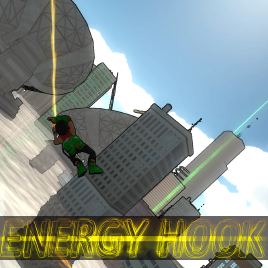 Energy Hook is a grapple-and-swing-and-run-on-walls-for-style game by Jamie Fristrom, creator of the dynamic, physical swinging system in the Spider-Man 2 game. Energy Hook becomes the extreme underground sport of the future—the players use their home-made energy hook gauntlets to swing through obstacle courses, racing in winner-gets-your-tech competitions, competing in speed and style. The game also brings the style of extreme sports games like SSX and Tony Hawk to the PS4 and PS Vita.

We caught up with the main man himself, Jamie Fristrom: “Energy Hook will cause your cerebral cortex to secrete up to three different varieties of euphoric neurotransmitters.”. After a line like that, we’re in! Awesome. 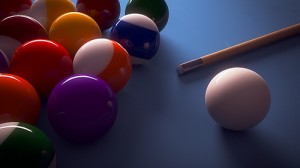 VooFoo Studios and indie publisher Ripstone have joined glorious forces once again, to bring you the second iteration in the ‘Pure’ game series. Pure Pool will be breaking onto PlayStation4 and is set to serve up the most authentic pool experience on the market. Ripstone know their games and have proved that by givingus great Vita titles such as Stick it to The Man, Men’s Room Mayhem, Pure Chess and Big Knytt Underground to name a few. Michelle from Ripstone told us: “Pure Pool is amazeballs!”. She’s never wrong so we’re really looking forward to this one. Can’t wait to play? Well fear not! You can watch the rather shiny, totally amazing Teaser Trailer here. 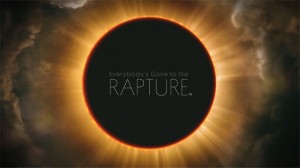 Everybody’s gone to the Rapture

The Chinese Room are working on a PS4 exclusive, Everybody’s Gone to the Rapture, an open-world, first-person adventure. The release is also a spiritual successor to Dear Esther which was released February 2012 on PC.

The Chinese Room is an award-winning game development studio based in Brighton, UK. Along with help from Santa Monica studios, Everybody’s Gone to the Rapture looks set to offer gamers a totally different experience on PS4. Check out The Chinese Room site for more.

Switch Galaxy Ultra is scheduled to come to both PS4 and PS Vita soon. If you know you’re PlayStation Mobile games, then you’ll know Switch Galaxy. On PSM, it looked more like a fully fledged Vita release and is known as one of the best PS Mobile games in the galaxy.

We asked Gary Nichols, CEO of Atomicom how impressed he was with the PS4 capabilities and had he had enough time to grasp what the PS4 can really do:

“We wanted to do a lot more on the PSM version graphically but we were limited somewhat by the platform and our own engine we were using. PS4 is scarily powerful, we’re throwing everything we can at it graphically and it just sits there laughing at us, almost akin to when James Bond punches Jaws in the face and he stands there and smiles.”

Supergiant Games, an independent development studio based in San Francisco are busy working on their self published title Transistor.

A single-player experience, Transistor is a sci-fi themed action RPG that invites players to wield an extraordinary weapon of unknown origin as they fight through a stunning futuristic city.

The game seamlessly integrates thoughtful strategic planning into a fast-paced action experience, melding responsive gameplay and rich atmospheric storytelling. During the course of the adventure, players will piece together the Transistor’s mysteries as they pursue its former owners. This also could be PS4?s first RPG. Lets wait and see…

Another great indie coming to the PS4 in late 2014 is N++, a fast-paced, physics-based platformer starring a ninja.The game will also support remote play on the PS Vita.

You may well have played N+ on XBLA, the DS or the PSP. We spoke to Mare and Raigan from Metanet Software to tell us what it means to them to be bringing their love of gaming to the mighty PS4:

“Visually, the main thing you will notice is colour — previous versions have been a bit subtle and reserved in terms of colour, but this time we started experimenting and making things a bit more dynamic and playful. We wanted to maintain a simple purity to the graphics, so they’re quite minimal by design, and as a result we’ve been focusing on getting really high-quality anti-aliasing to make sure that the shapes look and move as smoothly and beautifully as possible. We’re making sure the animations and effects are super smooth as well, and add some stylish visual punch.”

Next up, Velocity 2X.

Velocity 2X is a sci-fi platformer and shoot ‘em-up in one adventure, heading to PS Vita and PS4.

Velocity Ultra was released on the PS Vita and PS3 in 2013 and was a true smash hit! Punk’s review tries to do it justice, but unfortunately words haven’t been invented to convey how utterly brilliant it is. We fell in love with FuturLab’s creation and after having a good look at Velocity 2X at Eurogamer, trust us when we say it has the potential to be one of the games of the year.

In the game, players will face-off with up-to-eight players online or up-to-four via local play in grid-based arenas as they race to set traps and explosives in order to hinder or defeat their enemies.

Basement Crawl features four classes, each utilizing a variety of unique bombs and power-ups, allowing players to mix and match strategy for each class.

Marc Colhoun from Bloober Team tells us the latest update on Basement Crawl: “Basement Crawl is a unique mix of: retro gameplay, modern mechanics and grindhouse horror. The game is (as all our games are) completely skill based. You do not unlock ‘The God Gun’ for reaching a certain level, you win if you are the most skilled player. It doesn’t matter if you have been playing for a minute or a year.”

No PS4 push over here then! 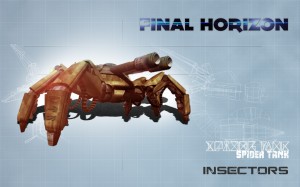 Final Horizon is another one we’re excited about coming to both PS4 and PS Vita.

David Pollard from Eiconic Games told us more about Final Horizon: “At it’s core Final Horizon is a story driven Sci-Fi tower defence game where you’re tasked with defending human colonists in a far distant corner of the galaxy against the Insectors, a race of insect-like aliens with highly advanced and diverse weapons and technology. On top of that, we’re throwing in all sorts of extra cool features and ways to play the game that will mix things up a lot as you progress through the story. For example, in one level you might be franticly defending escape pods while you wait for them to launch, and the next you’ll be manning an orbiting weapons platform, raining down destruction on the robotic insectors. It’s gonna be a blast!” 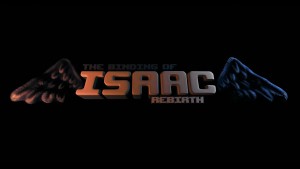 The game features local Co-Op, 2+ playable characters and tons of news challenges and is developed and published by Nicalis, Inc. 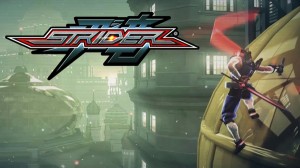 OK, this one may not technically be an indie release but we wanted to include it anyhow.

Strider is an old-school side-scroller and is pretty damn fast to say the least. Strider 2 was released for the PlayStation in 2000 and was received well by reviewers.

Strider is scheduled for release as a digital download for PlayStation 3 and PlayStation 4 this year.