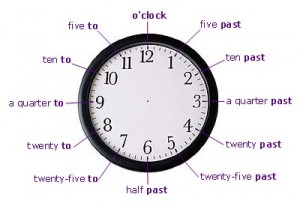 We all love our gadgets and, no doubt, support the relentless march in to the future but as we gain new tech skills are we losing more ‘basic’ ones? New research has revealed that as many as one in seven Britons can’t tell the time on a non-digital watch.

Even though I have a hankering for cutting-edge tech, my wrist-wear is definitely old school as I have a penchant for a particular brand of automatic (self-winding) Swiss watch from the 40s-70s. A new poll by an online watch boutique in the UK has uncovered a potentially worrying trend amongst Britons with regards to telling the time; with as many as one in seven Britons admitting that they aren’t able to tell the time on a non-digital watch and many parents not properly showing their young children how to do so.

This is something that may gain even more momentum in the light of more and more smartwatches being planned for release.

According to the study, 37% of British parents haven’t or don’t plan to teach their young children to tell the time on non-digital watches, with most technology providing the time in a digital format now.

www.TwistedTime.com conducted the research in order to find out more about the watch-wearing habits of Britons. 2,197 people aged 18 and over from around the UK were quizzed about what accessories and technology they used to keep track of time.

Firstly, the poll aimed to determine whether more Britons owned digital or non-digital watches. A fifth, 19%, claimed to own a digital watch, whilst 52% had an analogue watch of some description.

With one in seven admitting to being unable to tell the time on a non-digital watch, the poll wanted to delve a little deeper and determine why this was the case, so the relevant respondents were asked to explain further. 47% said that they had simply never been taught how, whilst 31% claimed it was because they had never needed to learn.

According to the poll, 37% of the parents taking part with children aged 10 or under said they had not or didn’t plan to teach their children to read the time on non-digital watches; with the majority (61%) explaining that they didn’t see the need because time was now, more often than not, displayed in a digital format.

Alan Moore, Founder of TwistedTime.com, said the following about the findings:

“It’s shocking to see that as many as one in seven British adults can’t tell the time on a non-digital watch. With so many gadgets providing the time in a digital format however, it’s easy to see how some people just never feel the need to learn. I really can’t believe that 37% of parents with young children don’t see the importance of teaching their children how to tell the time on an analogue watch – there will inevitably come a time in their life when they need to read the time in a non-digital format and instead they’re going to have to rely on others.” He continued to point out that “More people use their mobile phones to tell the time than any other method, which seems funny to me because perhaps even those with watches on will be delving into their pockets to find their handset when they could just look at their wrist for a time check!”

Do you prefer digital or analogue watches? Do you actually own a watch or do you just rely on your phone?