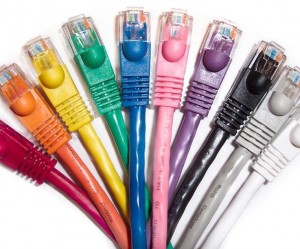 British clever-clogs have smashed the internet connection world speed record. They managed to achieve 1.4 terabits per second, which is the equivalent of being able to download 44 full 1080p movies every single second.

The achievement was made by Alcatel-Lucent and BT who sent the signal from London’s BT Tower to the Suffolk Adastral Park research facility. Crucially this was achieved using the current fibre cable infrastructure and not some special techno-witchcraft.

The speeds were achieved with a “Flexigrid” system that varies gaps between transmission channels. This meant there was a 42.5% increase in the data transmission rate.

Dr Tim Whitley, head of BT research and innovation, said: “These trials continue that tradition, as we work with Alcatel-Lucent to push the boundaries of fibre technology, allowing us to support the ever increasing bandwidth required by our customers, and deliver new and exciting services which rely on fast, data-hungry applications.”

This is exciting stuff but It may be some time until these speeds reach the everyday user – especially given that I can’t even get fibre broadband at all in my area of London E17! However, it’s still encouraging given that these speeds wouldn’t even have been dreamable 10 years ago.